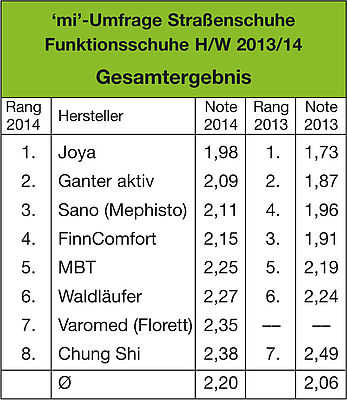 The Swiss comfort shoe manufacturer Joya has once again been chosen as Germany's best functional shoe by the specialist magazine "Markt Intern". Joya is unbeaten in first place in the categories product quality, sales policy and sales support and therefore the No. 1 specialist retail partner again in the functional show segment, defeating other brands like FinnComfort, MBT, Sano (Mephisto) and Ganter. Managing Director Claudio Minder expresses his thanks for the award: "We are thrilled with this special achievement certificate. We would like to thank our partners and customers for their loyalty from the bottom of our hearts. This award motivates the whole team and we are delighted to be meeting our customers' requirements more and more."

Take a look at the achievement certificate here ... 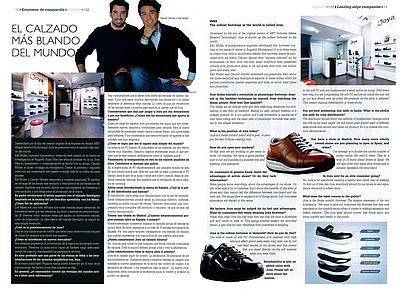 Developed by the son of the original creator of MBT footwear (Masai Barefoot Technology), Joya is known as the softest footwear in the world.
Karl Müller, a biomechanics engineer, developed this footwear concept at his research centre in Roggwil, Switzerland. It took three years to create Joya. And to launch and market this footwear brand he partnered with his friend, Claudio Minder, who “became infected” by his enthusiasm. In fact, from the first, small collection they presented initially now production grew to be full scale, with over one million pairs sold every year. …”

Company
Service & Support
Legal
Connect with Joya Facebook Youtube Twitter Instagram
The Swiss shoe manufacturer Joya develops and distributes back-friendly shoes. Joya enables a unique walking sensation and mimics the natural rolling movement. According to the AGR (Aktion Gesunder Rücken e. V.), all of Joya’s shoes are especially back-friendly and distinguished with the coveted AGR quality seal. The soft patented Joya sole ensures optimal pressure distribution under the sole of the foot. This prevents plantar stress concentrations. Joya causes the foot to sink in while stepping, which in turn causes the hip to drop down on that side. The muscles in the back must be stabilized by this movement, which can also have a positive effect on back problems. The strong cushioning effect of the soft PU sole reduces the pressure on the spine, which can provide a beneficial effect.
phd comics resume writing scientific papers in english custom term nursing paper dissertation first treaty of versailles homework help templates for writing a business plan